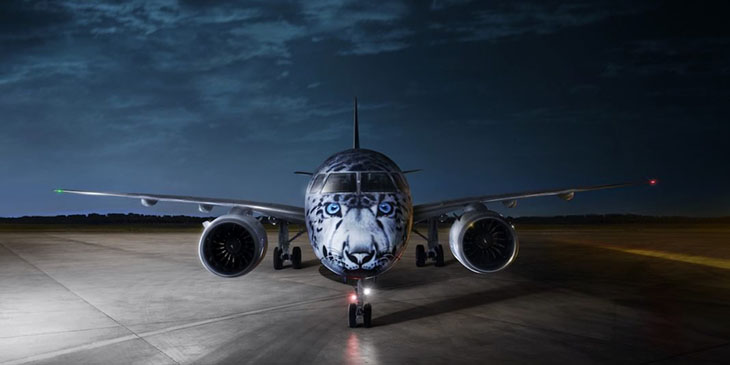 The new aircraft features a special Air Astana “Snow Leopard” livery, which is intended to draw global attention to the threat of extinction faced by this large wild cat, which is a native of the mountain ranges in southern Kazakhstan. Air Astana seeks to improve ecological protection for endangered species, like the Snow Leopard, as well as more widely preserving the environment.

The twin engine, single aisle Embraer E190-E2 belongs to the family of upgraded E-Jets, which offer lower operating costs, emissions and noise levels, with a range of more than 5,000 km.

We use cookies to ensure that we give you the best experience on our website. If you continue to use this site we will assume that you are happy with it.OK